Sad to leave Prague - such a lovely city. Five days - not really long enough - but enough that we learned a little about the city, ate some great food drank some great beer and got over our jet lag.

We're off to Cesky Krumlov - a small town (UNESCO site) south of Prague, near the Austrian border. The skies were overcast and threatening rain so I guess it was a good time to leave. While Brenda and I were at Terezin yesterday, we had Jim scope out which tram/bus we should take to the bus station. It was up early, a short walk down the hill from our apartment and about 15 minutes later we arrived. Easy - Peasy!!! 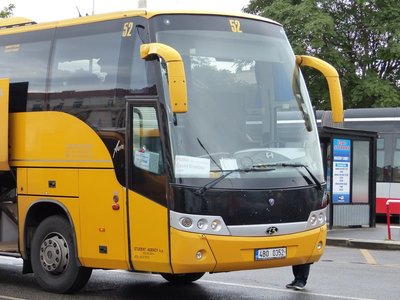 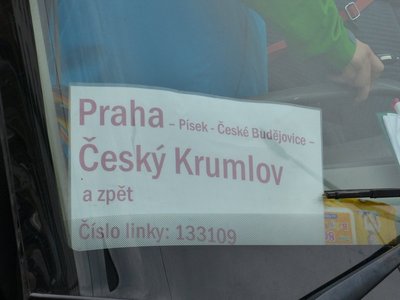 Bus ride was about three and half hours of rolling country landscape - very similar to NYS Southern Tier. Arriving at the Cesky bus station, we weren't quite sure where to go...but we just followed the crowds towards the end of the parking lot, up a small hill and as we crested the rise, before lay the fairy tale village of Cesky Krumlov. 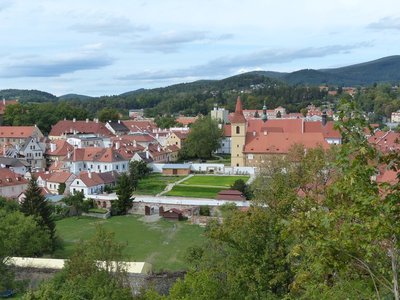 Our first view of Cesky

With a spring in our steps, we made our way down the hill, over a bridge and along the cobbled streets and over another small bridge to our home for the next two days - Pension Meandr.

Note: if you get to ever get to Cesky - Pension Meandr was wonderful. Small pension (guesthouse) with three rooms, it was right along the river with wonderful views of St Vitus Church. Also, the breakfast was great - not low cal by any stretch of the imagination - but enough to hold us most of the day - maybe!! 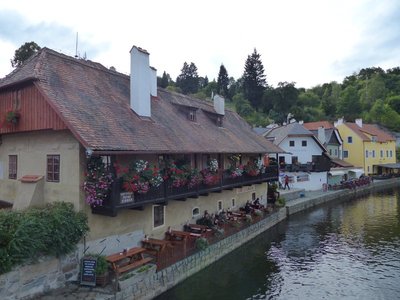 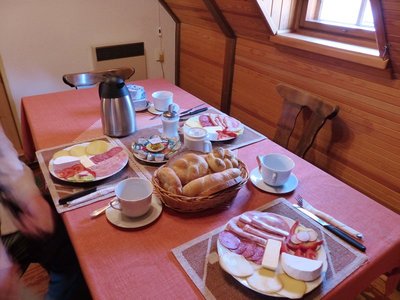 After getting settled we wandered the town. It really is a great town just to wander - beautiful views around every corner - alot of ups and downs and the cobblestones can be a bit brutal but so much more the reason to stop for a tasty Czech beer.

Our second day in town, we took in the Castle and it's environs. Again, just beautiful!! Enjoy the photos....oh and just a note: most restaurants except for the ones associated with the hotels don't take credit cards...Cash Only but there are a couple of ATMs right in the town square.

Tomorrow off to Salzburg...why ??? because the hills are alive with the sounds of music...or so I'm told :-)

Previous Next Table of contents

Comments on this blog entry are now closed to non-Travellerspoint members. You can still leave a comment if you are a member of Travellerspoint.

If you aren't a member of Travellerspoint yet, you can join for free.