Brenda and I started the day in Old Town Square, a quiet place early in the morning. The town just starting to wake and so were we. 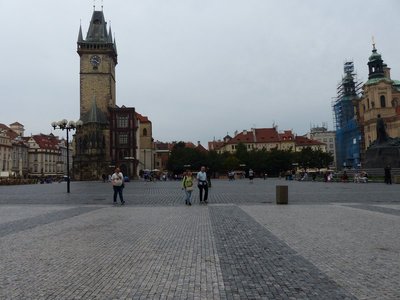 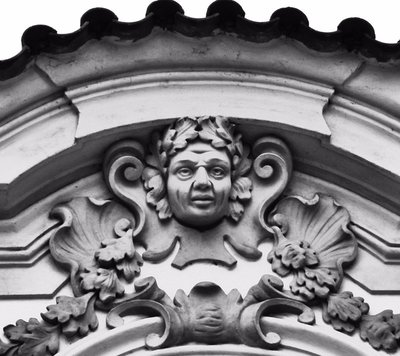 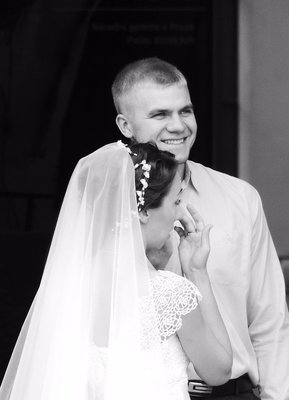 Wedding Photo on the square

Much of what we've seen and heard in and around Prague is very warm and comfortable - the sites, the food, the beer. But that was not always the case in Europe. There is a tragic history that cannot be ignored or glossed over. Brenda and I decided that to learn more about the Czech people and their history, we should explore that past.

We've all heard about the most well known Death Camps of WWII - Dachau, Auschwitz, Mauthausen (which are really only three of 20K). But we were not traveling to those areas, so we did a little research , We found that we could tour a concentration camp near Prague called Terezin. What we learned boggled the mind. Our tour guide from Prague was a young man named Felip Huta with Sandeman Tours. We were very, very lucky to take the tour the day he was to be the guide. His passion and knowledge made both Brenda and myself feel the depth of depravity the Nazi's served on the Czech people.

I will give you a brief version of the Terezin history. If you have an interest, please take the time to research Terezin. It is one of those hidden stories that shouldn't be hidden.

Terezin was an actual village that served as a fortress from the late 1700's. Over the next 100 years it would decline and in the early 1900's it was used by the military as a prison for political prisoners. There were also a number of people who lived and worked in the village. In June of 1940, the Nazi's took over the town. People living there were given six months to relocate. Terezin was to be used as a "Transfer" point internment camp for Czech Jews being sent to the Death Camps. That information was a closely guarded secret. Terezin was also to be used for major Nazi propaganda purposes. The "outside" world was told that the town was being set up so that Jews would have a place where they could live, work and govern. But in actuality it was run as a work camp by Nazi's. Although no Jews were ever executed there, over 35K died from hunger, disease and injuries. (Note: Upon entering the camp, many possessions were taken from the prisoners including medications. Not able to take their medication was one of the reasons that many died). The first prisoners were brought in June 14th, 1940. Terezin would exist for the next four years.

In 1944, the Nazi brought in the International Red Cross to observe the camp's operations. What was set up for them to see was a complete rouse. The Red Cross left and then reported that the Camp was exactly what the Nazi's stated - an internment camp. A film was made of the conditions but never distributed.

I've attached some photos to my Shutterfly site, I won't say to "enjoy" - these are more for thought and reflection.

Previous Next Table of contents

What a journey you two are having - very humbling!

Thanks for sharing this!

We went to Mauthausen and it was soul shattering. I will never ever forget what happened there.

Comments on this blog entry are now closed to non-Travellerspoint members. You can still leave a comment if you are a member of Travellerspoint.

If you aren't a member of Travellerspoint yet, you can join for free.